So, after living on Boudewijn and Irina’s pantry for a week, we now have Soft Proofing working: 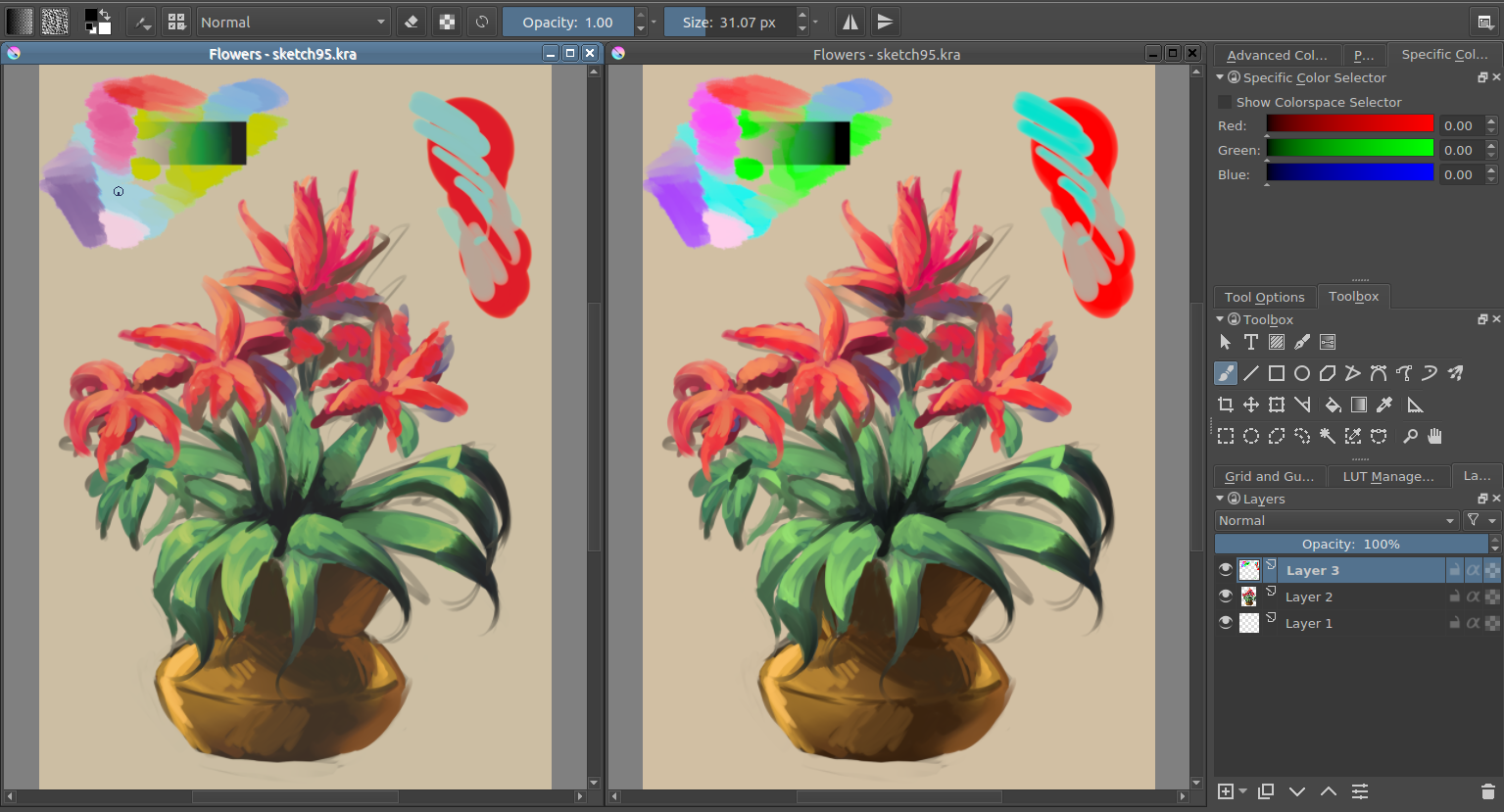 END_OF_DOCUMENT_TOKEN_TO_BE_REPLACED

So, while the 2016 Google Summer of Code hasn’t officially started yet, and Krita’s master is in feature freeze till the release at the end of the month, it’s a good moment to start preparing.

My area of specialisation within Krita is Colour Management, and my project is focusing on softproofing. This area is one that isn’t difficult in regards mastering intricate c++ methods, but rather an area that focuses on research. In other words, figuring out what is actually true.

It’s not quite certain why there is so much misinformation out there, a simple suggestion would be to say that perhaps a lot of colour management UI is just too byzantine to understand. But on the other hand, Western Society in general has had no single Colour Theory survive longer than a century until a new one showed up. So perhaps there’s just something about colour, and especially about how relative human vision is, that makes it difficult to capture in a single coherent theory, and most artists just develop a sense for color than a cohesive method.

My focus is on the softproofing, a sort of on-the-fly filter to emulate how an image will look when being printed(and more importantly, which details could get lost). I already researched this back in February, LCMS’s API will allow for it easily, and I now mostly need to sit down with Boudewijn to stare at Krita’s architecture to decide what is possible before deciding upon a UI and implementation.

However, in a discussion on IRC it was mentioned that it’d be nice if we could emulate not just cmyk profiles, but also things like colour blindess.