So, we had a Krita sprint last week, a gathering of contributors of Krita. I’ve been at all sprints since 2015, which was roughly the year I became a Krita contributor. This is in part because I don’t have to go abroad, but also because I tend to do a lot of administrative side things.

This sprint was interesting in that it was an attempt to have more if not as much artists as developers there. The idea being that the previous sprint was very much focused on bugfixing and getting new contributors familiar with the code base(we fixed 40 bugs back then), this sprint would be more about investigating workflow issues, figuring out future goals, and general non-technical things like how to help people, how to engage people, how to make people feel part of the community.

Unfortunately, it seems I am not really built for sprints. I was already somewhat tired when I arrived, and was eventually only able to do half days most of the time because there were just too many people …

So, what did I do this sprint?

END_OF_DOCUMENT_TOKEN_TO_BE_REPLACED 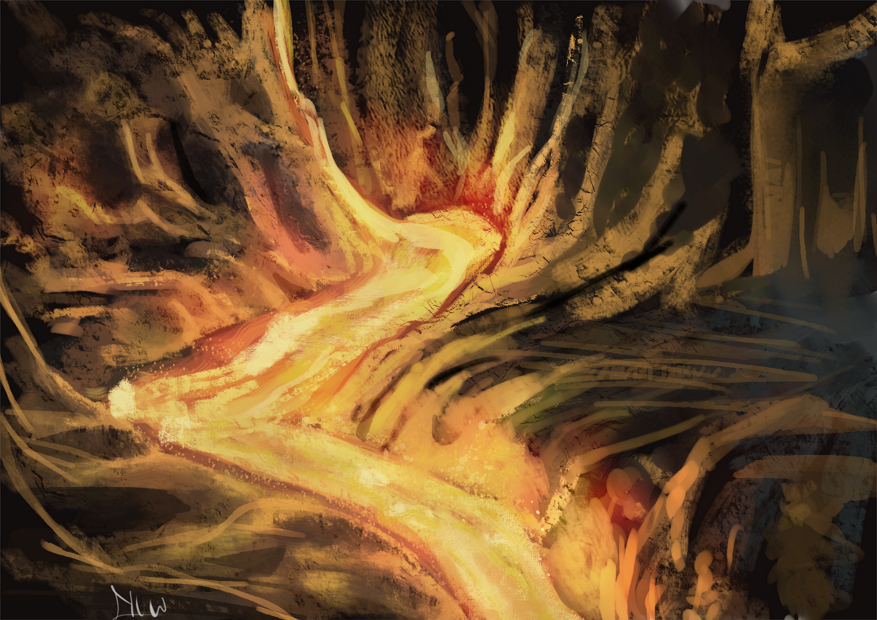 Some talk in the Krita IRC was about textured brush presets and lava, and somehow I ended up doodling this due to that.