Okay, so we’ve all had it once that we scanned something in and wanted to make it transparent. LIke, removing the white from a lineart on white paper. For this you can set the layer on multiply or even use masking techniques.
In my case, I’m doing a water-coloured webcomic, and I wanted to remove the white, without damaging the colours. So that I could overlap the picture onto another and the colours would blend.

I was before messing around with masking techniques, but I had problem with keeping the colours right. I’ve now found a technique that’s a bit more easy, and which allows me to draw this: 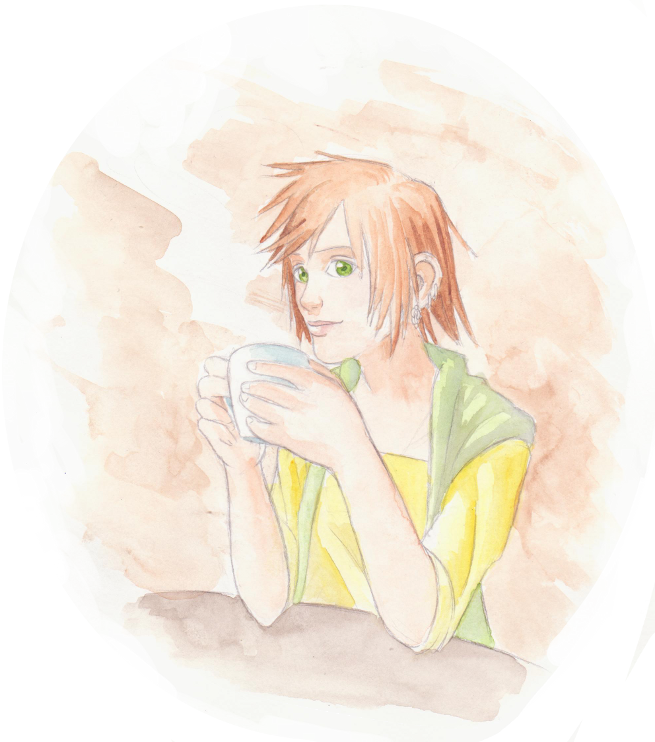 What you need:
*A picture(scanned in or otherwise)
*A computer with the gimp installed.

My version of the gimp is Dutch, so I’ll be putting the english name of the steps in bold. 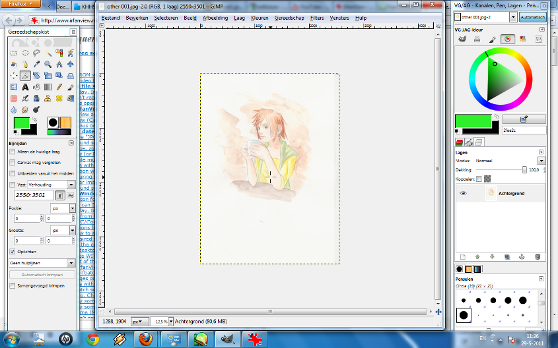 So this is my picture, raw from the scanner.
If you want to edit the saturation and contrast or anything, this is the time to do so.
I only needed to crop it, myself, so I went and did so. 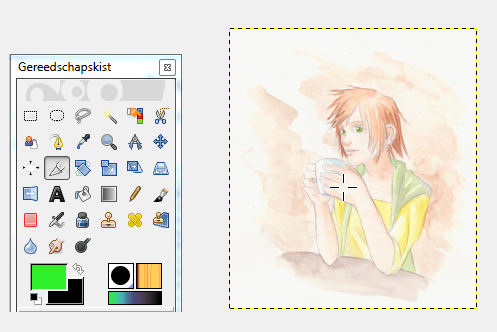 Now, with your cropped picture, go to Color => Color to Alpha. 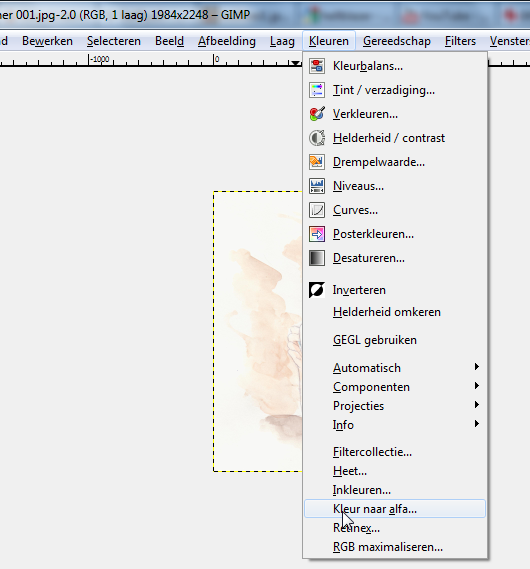 You’ll get this nice little submenu, the bar where my cursor hangs over is where you click to change the colour you want to remove. Right now it’s set to white. The checkered bit is the preview, however, the size of my picture is actually so large that it can only see the upper-left corner, which is supossed to be transparent. 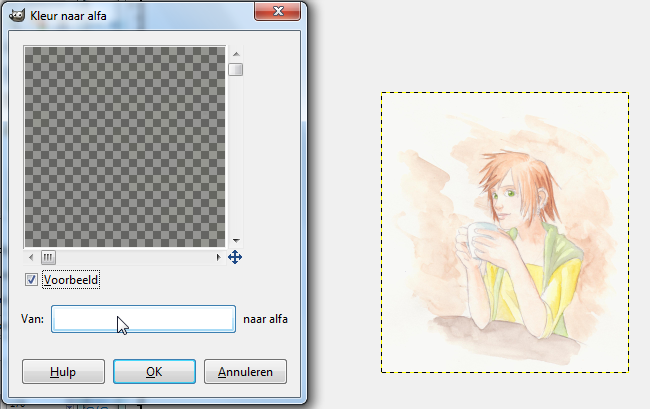 Press okay, and you’ll get this: 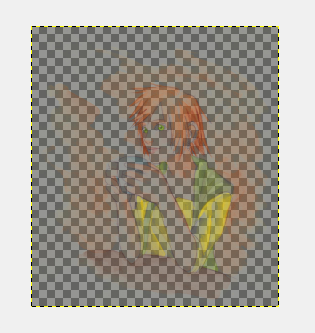 Now, I’m making a white layer, and putting it underneath my picture. 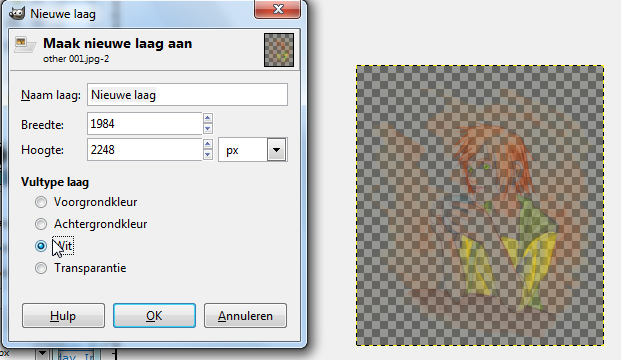 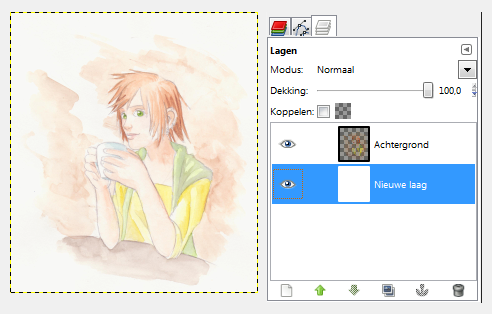 As you can see, having a white(the colour I removed) layer underneath makes it look identitical.

Now, if you are just interested in removing the colour, this is all there is to the tutorial.

You can basically just remove that background and just save it as a png and you have you transparent picture.

I’m however going to continue it a bit.

I make a new empty transparant layer above the background layer. I then take the pen tool. 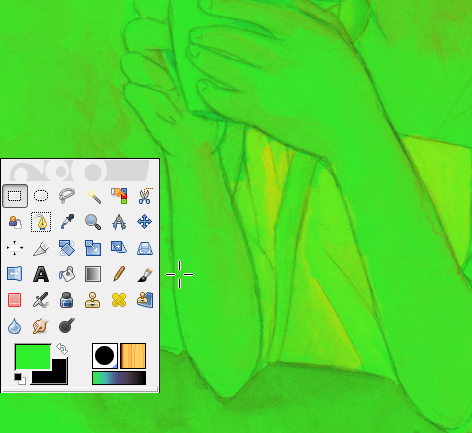 I made the background green to allow me to see the lines a bit better. I start making a path around the figure of the girl. 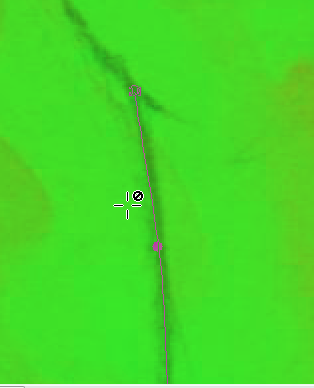 This conitues till I have a full shape around the girl. 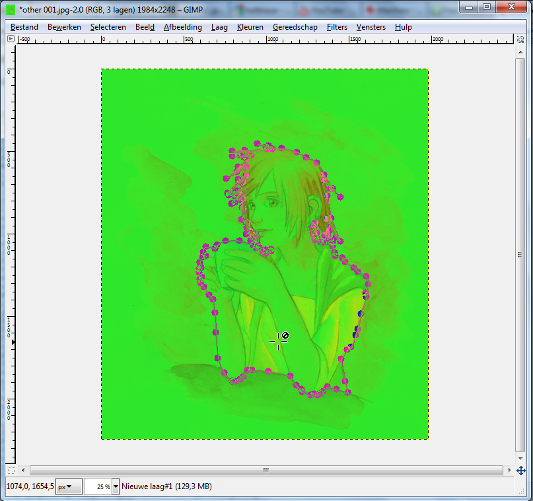 Then I turn that path into a selection with Path to Selection. 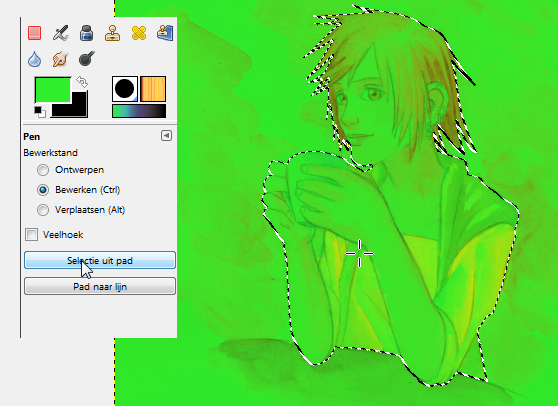 I first go to selection => feather. I feather the slection for 2 pix because otherwise it’ll be a bit too sharp. 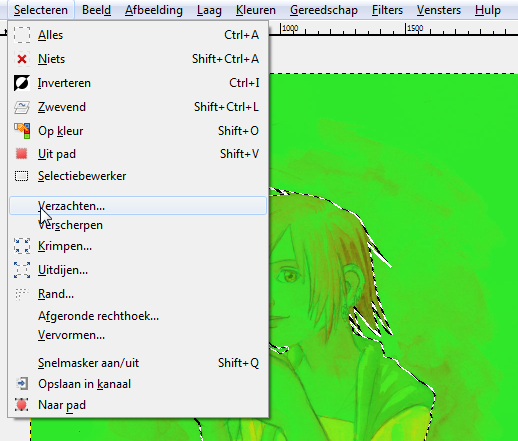 I then fill the selection on the empty layer with the bucket tool. 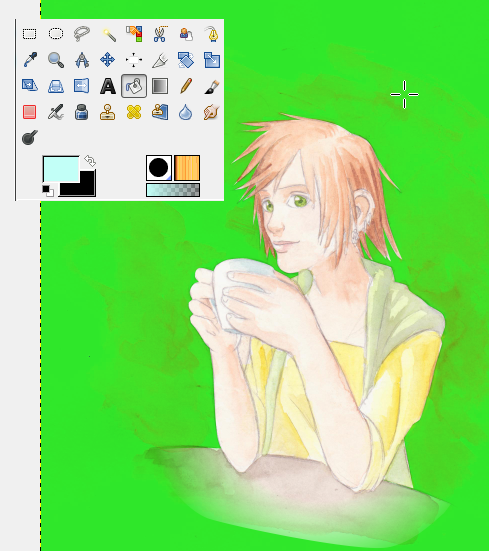 I missed an image, but I also added a white bit to the table she’s leaning on. 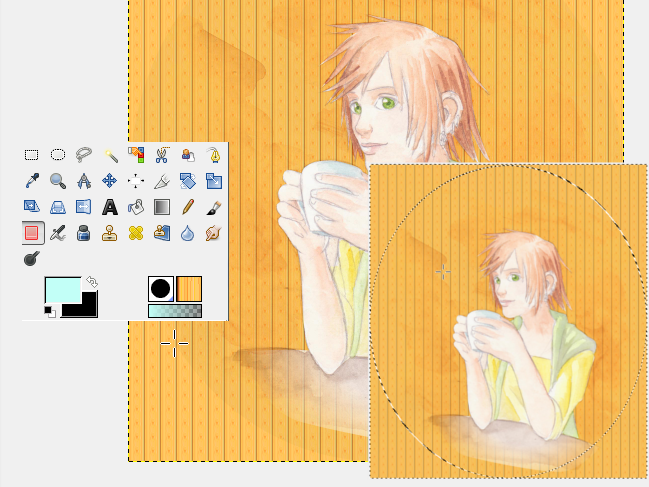 The final problem is that the texture of the paper is still on the picture, so I make a circular slection and erase the bits that need to be fully transparant. I deselect the area and try to remove bits from inside as well, to make it less of a circle. 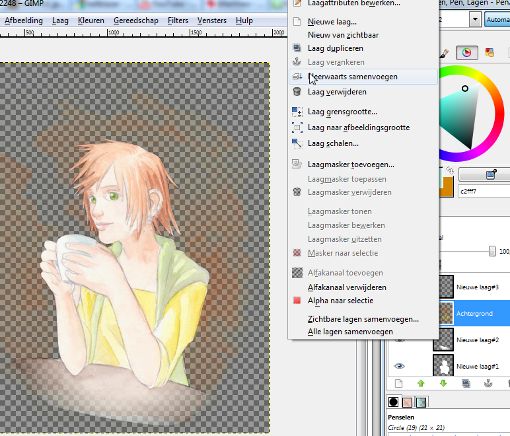 Finally I merge the colour layer and white layers together with merge down.

Save it as png and you’re done.